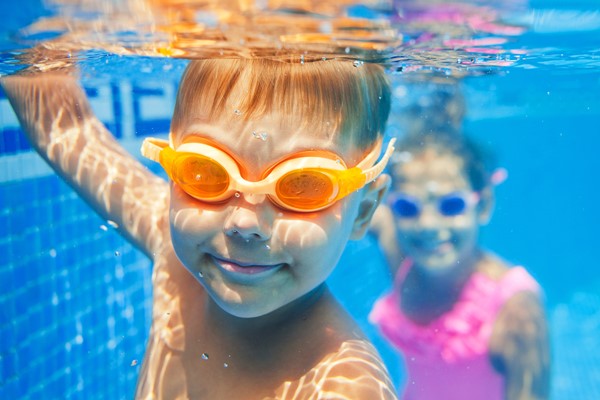 CHILDREN who learn to swim in their early years do better at school, new research shows.

While the physical benefits of swimming have long been known, a four-year study reveals swimming can also lead to academic success.

"What it says to us as researchers is that children under five who participate in swimming have a lot more gains in their motor development, their cognition, their language development, their mathematical reasoning than the normal population," she said.

"So what swimming is doing is adding different types of capital to these children that's going to help in their transitioning to school."

The study, conducted by the Griffith Institute for Educational Research, Laurie Lawrence's Kids Alive program and Swim Australia, focused on 7000 children aged five years old and under from Australia, New Zealand and the US.

Amanda McDonald, whose two daughters, Charlotte and Annabelle, attend the Yeronga Swim School, said the results did not surprise her.

"They've both swum from six months old and certainly (with) my first one we saw a massive difference," she said.

"Annabelle was way ahead in everything and funnily enough she still is."

The ease with which her daughters could understand and follow directions was one of the biggest advantages that Mrs McDonald noticed.

"I notice the girls can follow a three-part direction really easily because they're used to having instructions like kick and then turn, whereas I notice other kids need to be refocused and brought back to the activity they're doing," she said.

Prof Jorgensen said the findings had implications for education, particularly for children from low socio-economic situations.

"I think there would be enormous value in governments funding early years swimming as part of their economic and education programs in these communities," she said.

The research findings will be shared with federal and state governments.